The convenors of the #FixTheCountry campaign have planned a virtual protest Sunday, May 9.

The group’s resolve to take the protest online comes as a result of the police securing a court injunction to halt any form of physical demonstration.

A statement released by the #FixTheCountry group says:

“Attention #FixTheCountry Supporters. May 9, #FixMotherGhana Protest. Folks! Following the disappointing Court order procures by the police, we are proposing a revised format for the May 9, 2021, #FixMotherGhana protest.

Having listened to all your rich and diverse voices, we are proceeding with the protest on May 9, in this revised popular demand. Format of virtual protest”, the release stated.

Fed up with the rising cost of living, many Ghanaians have turned to social media using the hashtag #FixTheCountry.

They have registered their displeasure over what they describe as the failure of successive governments to improve the lives of the citizenry.

Mostly made up of the youth, tens of thousands of posts have been made on social media highlighting some of these inadequacies. 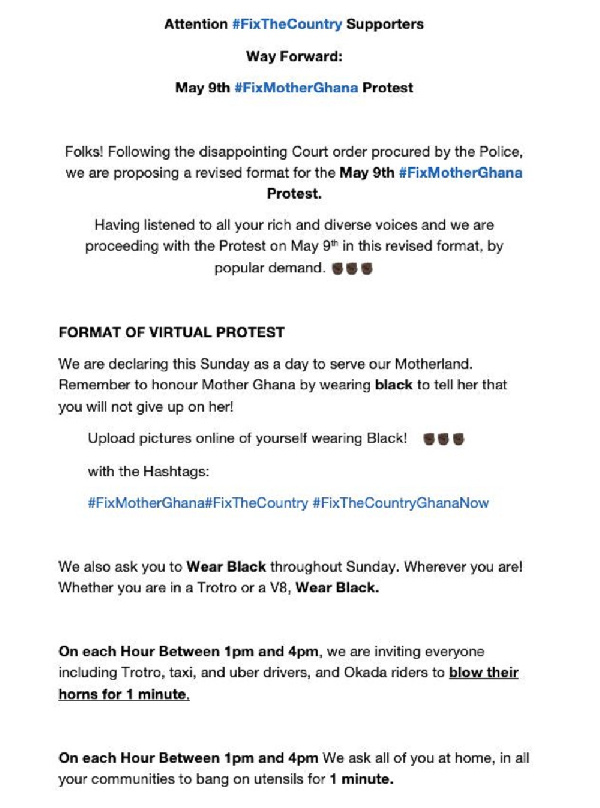 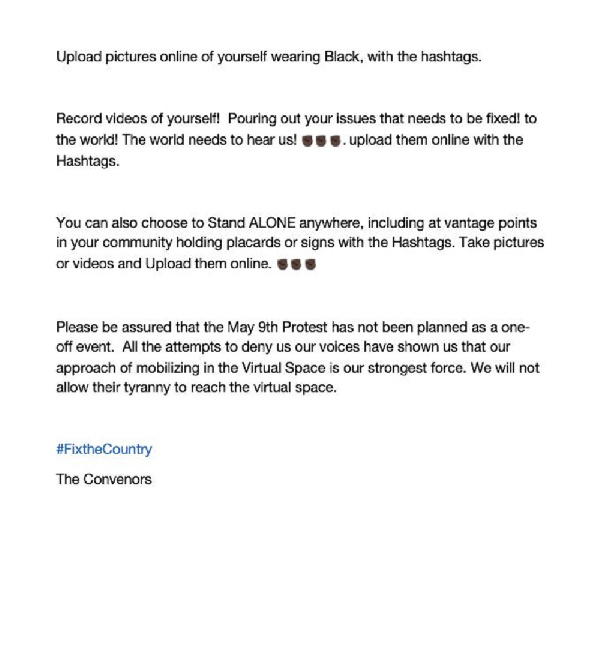 I was sold to a Police Chief in Iraq – Ghanaian...

Ghana Sets To Use $1 Billion to Restructure Power Deals –...