Some countries within the ECOWAS sub-region showed off their presidential jets when they arrived in Accra for the 59th ordinary session of the Authority of Heads of States and Governments.

Asaase radio described Ghana’s presidential jet as the smallest and oldest after the station gained access to the tarmac of Kotoka International Airport (KIA).

This comes weeks after widespread condemnation of President Akufo-Addo who flew in a hired luxurious £15,000 per hour jet to France and South Africa.

Muhammadu Buhari, the Asaase Radio report stated, travelled to Ghana for the ECOWAS summit in a Boeing Business Jet (BBJ) 737.

The plane has a capacity of between 25 and 50 passengers.

“It has a master bedroom, a bathroom with showers, a conference/dining area and a living area, along with state-of-the-art security equipment for the safety of the Nigerian president. The aircraft is known as “Eagle One” and is marked NAF-001. The BBJ 737 is believed to cost between US$90 million and US$150 million,” the report said. 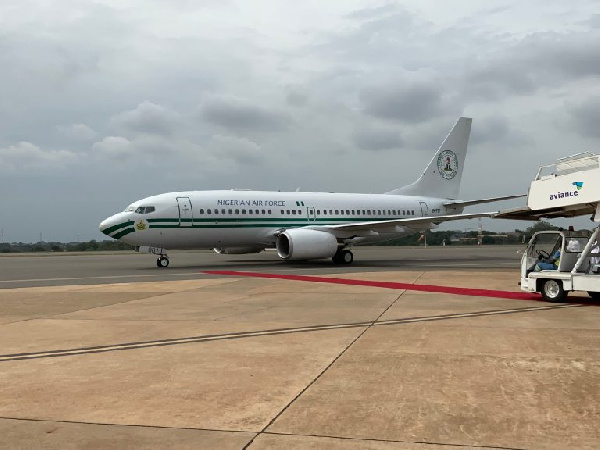 The Nigerian presidential jet, Eagle One 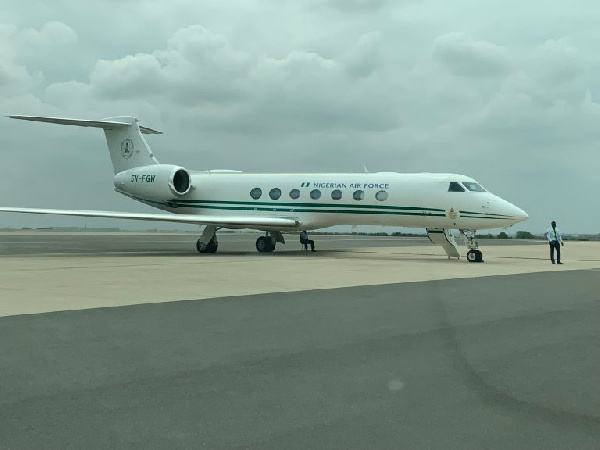 It is a short-to-medium-range, narrow-body, commercial passenger twin-engine jet airliner manufactured by Airbus. 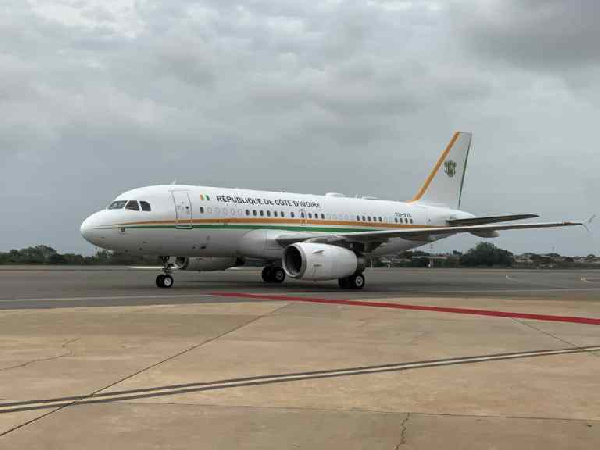 Mohamed Bazoum, the Nigérien president, travelled to Ghana for the ECOWAS summit in a Boeing 737-700.

The aircraft provides its users with superior reliability, fuel efficiency and high-value returns.

The aeroplane can carry at least 126 passengers or at most 149 passengers. 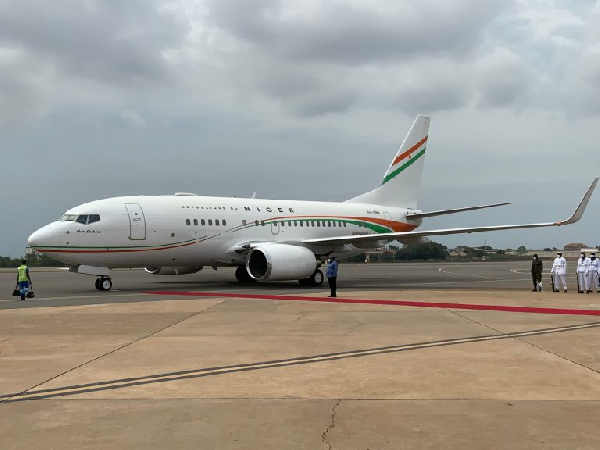 The Nigérien presidential jet taxiing off at Kotoka international airport

There is an ongoing debate about President Nana Addo Dankwa Akufo-Addo flying a luxurious £15,000 per hour jet recently for a trip abroad.

According to MP Samuel Okudzeto Ablakwa, the president ditched Ghana’s Presidential Jet, the Falcon, for the ACJ320neo even though the Falcon is in a good shape and could have enabled the president to make his trip abroad.

The MP alleged that President Nana Addo Dankwa Akufo-Addo, spent an amount of GHS 2.8 million on his recent travels to only South Africa and France using the services of that private jet.

“The Airbus ACJ320neo owned by Acropolis Aviation based in Farnborough, UK and registered as G-KELT, is the most luxurious and the most expensive in the Acropolis fleet. The manufacturers describe it as “the most outstanding ambassador for Airbus Corporate Jets.

“It costs the Ghanaian taxpayer approximately £15,000 an hour when President Akufo-Addo rents it,” the legislator alleged in a post on Facebook.

He accused the President of wasting the money “to satisfy his insatiable appetite and comfort at the expense of the suffering masses”.

“Let’s further analyze President Akufo-Addo’s latest trip to Europe: per Flightradar24, the G-KELT aircraft left Accra with the President to Paris on the 16th of May — a 6 and half hour duration. Airlifted the President from Paris to Johannesburg for 11 hours on the 23rd of May.”

Man City chokes Burnley to a helpless away loss

Liverpool condemn Watford to a miserable loss, thanks to Firmino’s hat-trick

Man City chokes Burnley to a helpless away loss

Liverpool condemn Watford to a miserable loss, thanks to Firmino’s hat-trick