Ghanaian-American actor, Michael Blackson has bemoaned the high cost of living claiming that houses in Ghana cost more than Atlanta hence the need for the government to fix the system.

Blackson’s rage comes on the back of a nationwide appeal by the youth to the government to fix what they say is a corrupt system coupled with economic hardships.

“Houses in Ghana costs more than Atlanta but average income is less than what a crackhead gets on the street,” his tweet read.

The actor went on to express how government officials are bent on amassing wealth at the disadvantage of the ordinary citizen who voted for these politicians with the hope of seeing a change in narrative.

According to Michael Blackson, the problem of Ghana cuts across the African continent hence the recent campaign must be a wake-up call to all African leaders to ensure they provide the best education, healthcare, jobs, and affordable housing for the less fortunate.

Read the tweets by Michael Blackson below 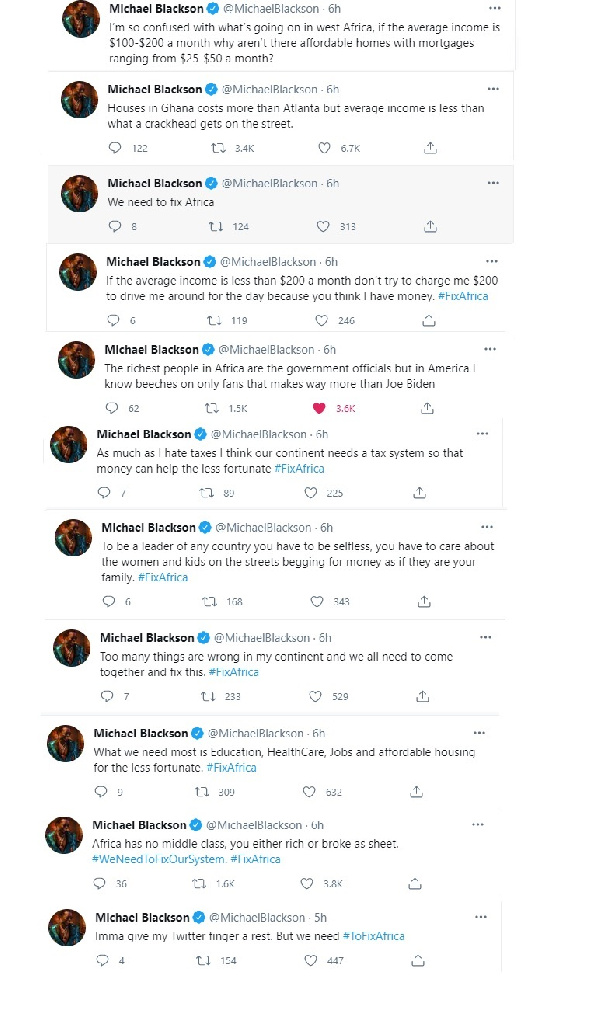 Coronavirus Updates 9th May 2021
0
India's COVID-19 deaths rose by more than 4,000 for a second consecutive day on Sunday as calls for a nationwide lockdown to...

Over 500 JHS, SHS students in Nsawam to benefit from extra classes

News 9th May 2021
0
Ghanaian Creative Consultant, Bnoskka has described comments made by the Public Relations Officer (PRO) of Ghana Gas on the Fix the country...

You can now get paid £300 for watching Netflix in Loungewear

Johnny Depp in court after attacking wife on plane over infidelity