A Police officer whose identity is not immediately known is said to have left her iPhone 12 pro max in the vehicle of a driver she stopped for not wearing a seatbelt.

According to the driver, Samuel Afolabi, the police officer took a GH¢200 bribe from him after he was stopped at the checkpoint in Sogakope while travelling from Aflao to Accra on August 1, 2021.

“She said she is going to seize my driver’s license and impound the car to their office. But after much plea for hours (over 3 hrs), she decided to collect GH¢200 last from me and which was the money I had budgeted for my fuel and other expenses. I gave her the money SADLY and went my way. I was about to enter the Tema motorway when a phone rang beside me, and I was surprised to see Apple’s iPhone 12 pro max on my passenger seat. I picked the call only to discover that the Police officer forgot her phone in my car. Now she’s begging me to return the phone to her. If you were to be in my shoes, what will you do???” he wrote. 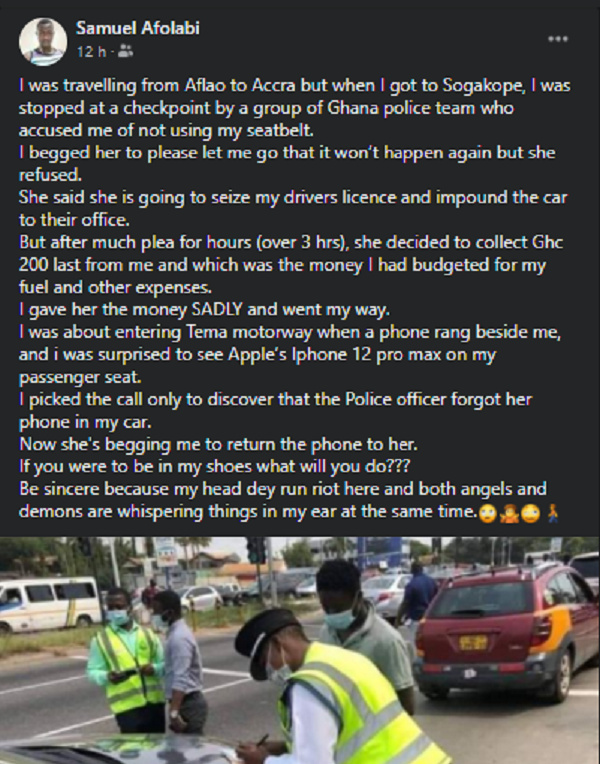 Family of “kidnapped pregnant woman” in shock over confession