The Kwame Nkrumah University of Science and Technology (KNUST) has meted out sanctions to three of its students over the breach of school rules.

In a post sighted by GhanaTalksRadio on the official Twitter page of the school, the general public and parents of the three male students were served with the notice of the disciplinary actions taken against the students.

The three are Rexford Joseph Bonney who has been suspended for two academic years for “involvement in the unauthorised installation of the ‘odikro’ at Unity Hall” and Baffour Owusu Konadu, who is also facing one academic year suspension for “Gross Misconduct and bringing the name of the University into disrepute.”

The third is Dwumah Ramsay Ohene-Tutu, who has been dismissed from KNUST for “stealing of two laptops from the Main University Library on different occasions.” 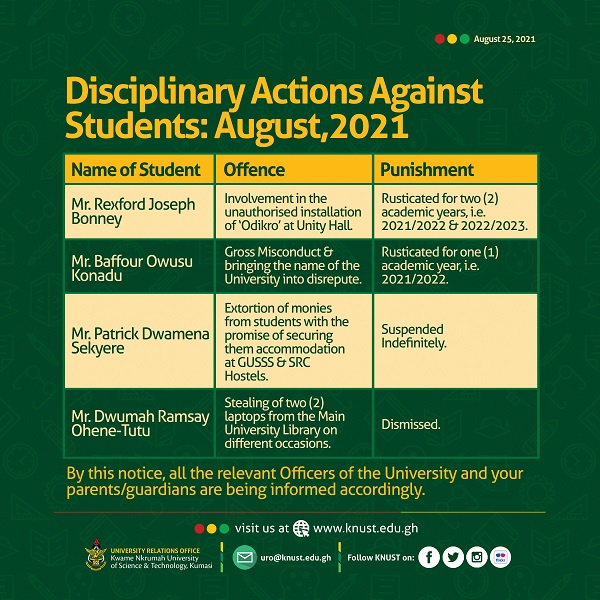 Ghana is not yet ripe for reopening of schools – Kofi...

We are yet to receive funds from Education Ministry – Teacher...