Sampson Ataafi, a young man believed to be in his 30s has reportedly shot himself dead after he shot his girlfriend, whom he allegedly caught with another man.

The incident reportedly occurred in the Hohoe Municipality of the Volta Region in a village called Alavanya Wududi on Wednesday, May 26, 2021.

A Citi News report has it that on Tuesday, May 25, 2021, the deceased who had suspected his girlfriend, Melody Owusu, of cheating, trailed her to the home of her new boyfriend at about 1:00 am.

According to an eyewitness, the deceased fired his gun on his girlfriend after he confirmed she had entered the room.

After shooting his girlfriend through a trap door, Sampson Ataafi, thinking he had successfully killed his girlfriend, also shot himself and died in the process

His victim was, however, rushed to the Margret Marquart Catholic Hospital in Kpando for medical attention.

“I was told the gentleman traced the girlfriend to the new boyfriend’s room. So he shot the girl through the trap door, but fortunately, the girl survived, but the bullet hit her on the left breast. The man thought the lady was dead, so he then reloaded the gun and shot himself, dying instantly,” a resident stated in the Citi News report cited by GhanaWeb. 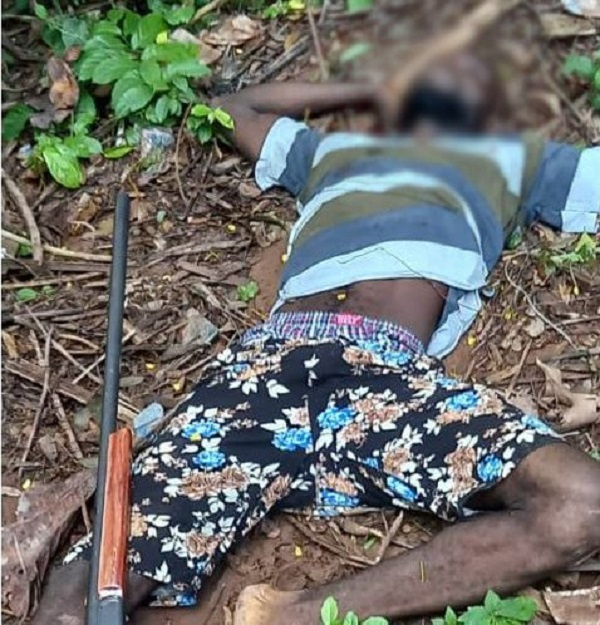 Only GBC to be allowed access to main chamber of Akufo-Addo’s...

EC disqualifies over 30,000 Ghanaians from voting on Dec 7