The youth wing of the main opposition National Democratic Congress (NDC) has vowed to challenge the legality of the approval of salaries for First Lady Rebecca Akufo-Addo and the wife of the vice-president, Mrs Samira Bawumia.

The group said the approval of the salaries for the presidential spouses is wrong.

In a statement, the NDC youth said the committee put together to make that recommendation on emoluments of article 71 holders erred in suggesting that presidential spouses be paid salaries equivalent to that of cabinet ministers.

The youth have threatened to invoke the jurisdiction of the Supreme Court to declare the approval of the salaries unconstitutional. 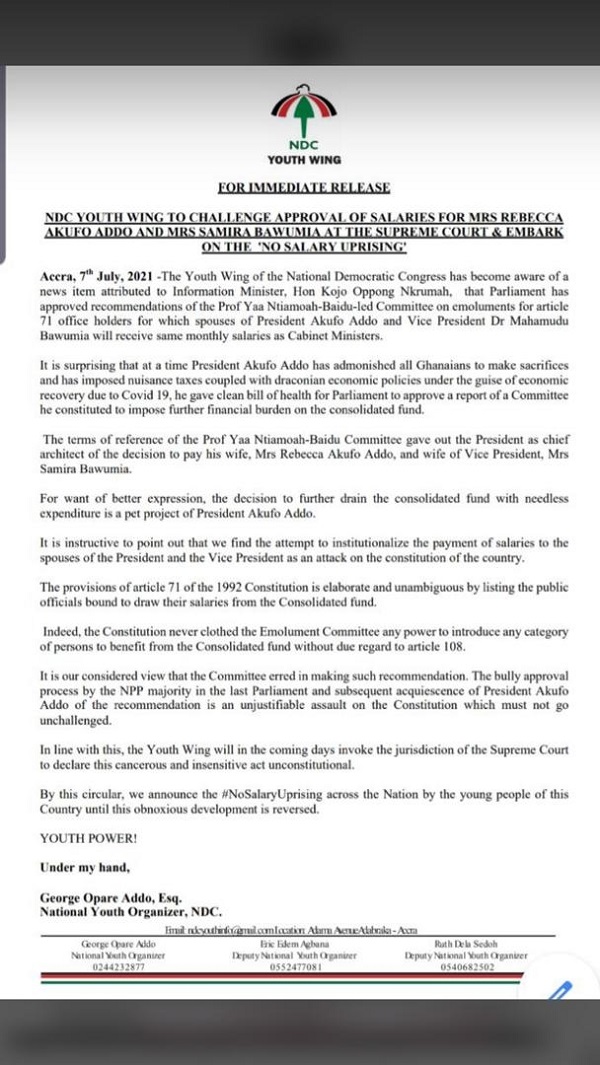 God has ‘many mansions’, he doesn’t need your cathedral – KSM to govt