Some public sectors workers who are part of the ‘Aggrieved Public Sector Workers’ have today, Wedenesday, August 18, 2021, have hit the streets to register their anger against the proposed 4% salary increment by the government for them.

The group is also demonstrating over what they describe as poor conditions of service and the general high cost of living in the country, a report said.

Instead of 4% increment, the group wants public sector salaries increased by 25%.

A statement from the Ghana Police Service confirmed the demonstration and its assurance to provide security to them.

It also stated that the protest will start from the Obra Spot and end at the Independence Square, with an assurance of ensuring that no incidences occur.

“The Accra Regional Police Command brings to the attention of the public that it has outlined adequate security measures ahead of the Aggrieved Public Sector Workers Demonstration scheduled for Wednesday, August 18, 2021.

“Following discussions with the conveners of the demonstration, it has been agreed that the demonstration will commence from Obra Spot through Kwame Nkrumah Avenue towards Fariso Traffic Light to Cedi House through to AU Roundabout and end at the Independence Square,” it stated.

Read the full statement below: 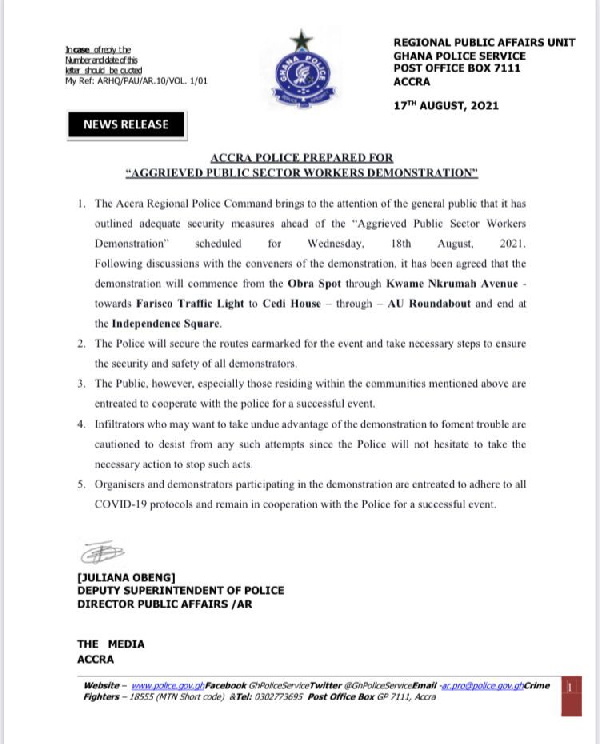 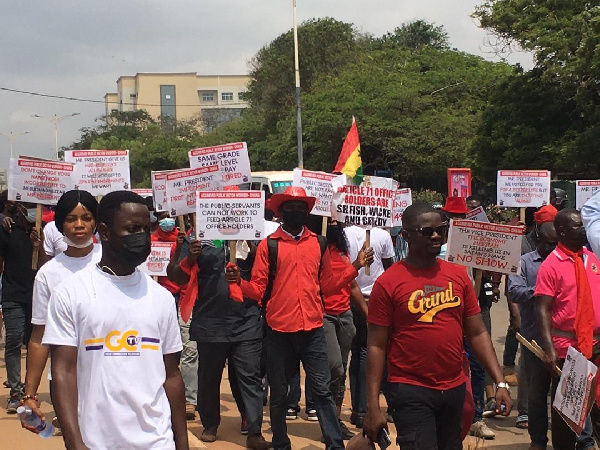 Travel 19th September 2021
0
SpaceX’s Inspiration4 mission has safely landed back on Earth as the four space tourists splashed down in the Atlantic off the coast of Florida on Saturday, near where...

World 19th September 2021
0
Australia has made a “huge” diplomatic error, the French ambassador said after Canberra ditched a multibillion-dollar submarine deal with France. Jean-Pierre Thebault was...

World 19th September 2021
0
The Department of Homeland Security will begin deporting planes full of Haitian migrants as soon as Sunday to discourage more border-crossers from...

Family cry for justice after 13-year-old daughter was defiled

46 Colleges of Education across Ghana vow to shut down by...