The Government of Ghana is expected to undertake the second evacuation of stranded Ghanaians from the United States.

This was made known in a statement by the Ghana Permanent Mission to the United Nations and Consulate General to New York.

According to the statement which contained instructions to potential evacuees, the second evacuation is scheduled to leave the Liberty International Airport, Newark, New Jersey on July 29 2020.

The statement instructed that “face mask is required to board and pre-check-in health screening.”

READ ALSO: More stranded Ghanaians to be evacuated from Dubai

It encouraged potential evacuees to register with the Consulate and be provided with a promotion code with which they can purchase a ticket directly from the airline.

It indicated that registered passengers who were put on standby for the last flight will be contacted to activate their registration, and receive the promotion code.

According to the statement, there will be a 14-day mandatory quarantine at one of the designated hotels namely Alisa Hotel, Korkdam Hotel, Maxlot Hotel, Alma Hotel, Bellair Crest. 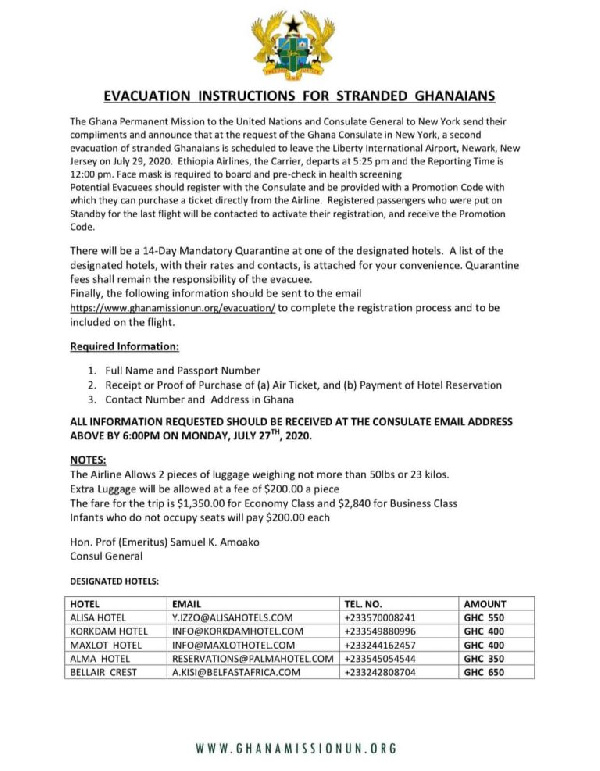 Mahama can’t be trusted – Sammi Awuku to Assemblymen on promised...