The Office of Sheikh Ahmed Dalmook Al Maktoum has written to the government to state that it had made refunds of the money paid him in connection with the controversial Sputnik V vaccine procurement deal.

The letter, addressed to the Chief Director of the Ministry of Health, Kwabena Boadu Oku-Afari, is titled “Re: Refund to the Government of Ghana of the Balance of Payment for 300,000 Doses of Sputnik V Vaccine.”

The letter stated that the Sheikh was returning the money as requested in an earlier letter sent to him by the government of Ghana, for a refund of $2,470,000, being the remaining balance from the procurement deal.

“We acknowledge receipt of your letter with Ref. No. MOH/CD/LG/012/21 dated 10th August 2021 regarding the refund of the balance of payment to the Government of Ghana for the supply of the Sputnik V Vaccine.

“The requested amount of Two Million, Four Hundred and Seventy Thousand United States Dollars (USD2,470,000) has already been refunded to the designated bank account, as communicated by you. The SWIFT and the payment advice for the refund is hereby attached for your reference and record.”

He then asked the government to accordingly issue him a receipt for the said refund.

The letter also explained that the Sheikh looks forward to working with the government of Ghana in the future to deepen relations between the two countries (Ghana and the United Arab Emirates).

In his earlier letter, Sheikh Al Maktoum wrote to the government to state his intention to refund the money after an ad hoc Committee set up by parliament to look into the messy deal asked the Ministry of Finance to retrieve the money paid him for the supply of the Sputnik V vaccines.

“We acknowledge receipt of your letter, Ref No. MOIVOM/LL1/7/2I, dated 2nd of August 2021, with a formal request to refund the remaining amount of the non-supplied doses from the 50% advance transferred to our accounts.”

“We, hereby, request to kindly acknowledge and confirm the above-mentioned amounts to be refunded, further to which we shall initiate the refund process to your bank account. Please share with us the bank details where the refund needs to be processed,” that letter read in part. 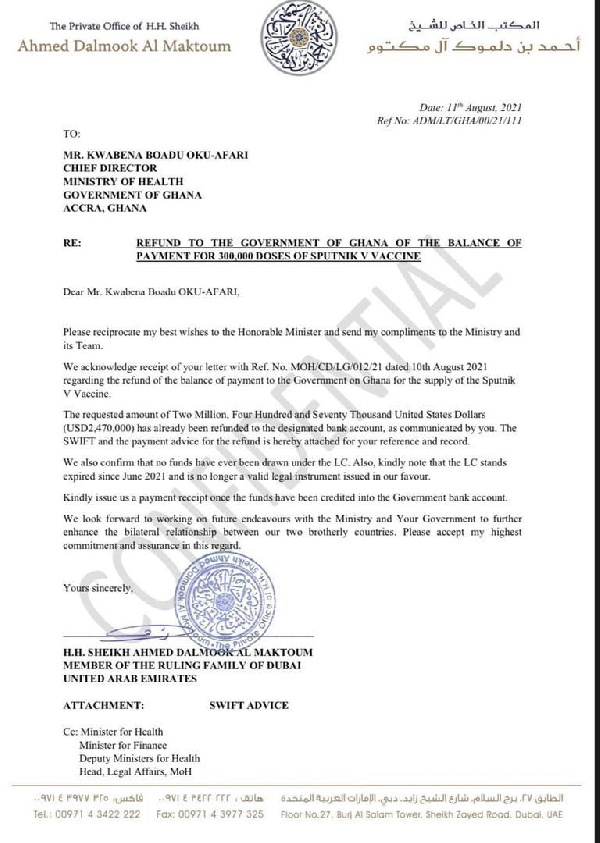 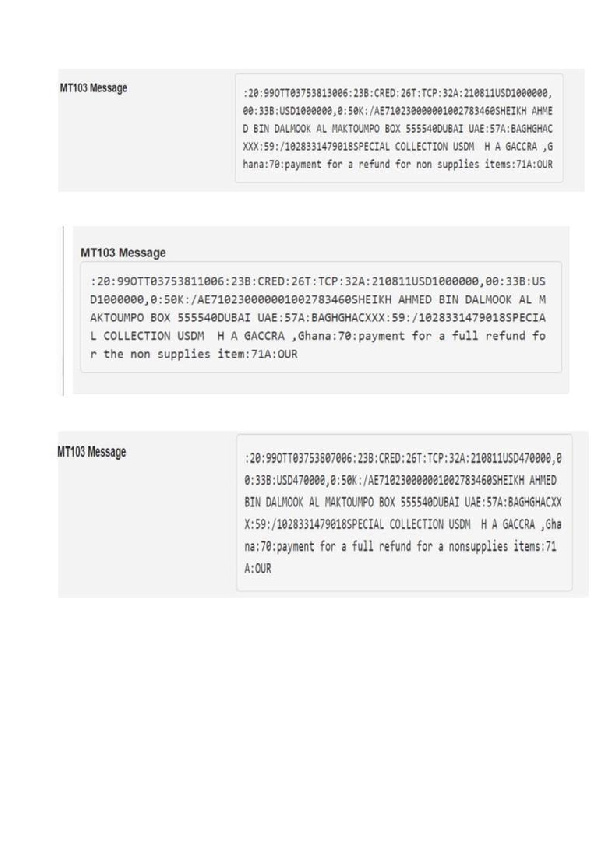 Sports 17th September 2021
0
Real Madrid and France International striker, Karim Benzema has admitted he dreams of winning the most prestigious prize in world football, the...

World needs to spend another $100tn on UN fight against global...

Don’t raise your shoulders like ‘turkey’, humble yourself – Incoming Ministers...

CORONAVIRUS: Cases rise to 152 as death toll reaches 5 in...